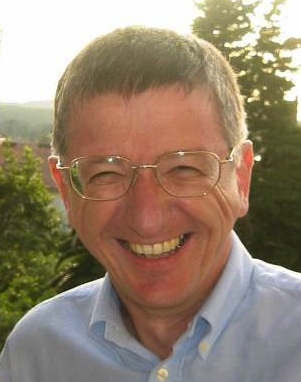 It is a pleasure to award the 2015 SIROCCO Prize for “Innovation in distributed Computing” to Michel Raynal. Michel has made numerous major contributions to the field of distributed computing. The prize is awarded for this lifetime achievement of his, but especially for his contribution to the research on problems related to consensus (such as set agreement); even more specifically, we note here his work on the conditions-based approach to consensus.
This approach was a fresh and innovative way to look at a fundamental problem, thus a very good match for the spirit of the SIROCCO award.

The consensus problem and its celebrated FLP impossibility result are among the oldest, most seminal problems studied in the field of distributed computing. More generally, an important concern in distributed systems has been to identify common behaviors of systems, and to design solutions that behave well in those scenarios. Researchers have typically looked at partially synchronous executions, in one way or another. Michel introduced a surprising and natural new dimension
to the area. Consider a distributed system where consensus is trying to be reached, among the values produced by a set of sensors, or by the votes selecting a president by a community. It is often the case that some combinations of values, which he called conditions, of the sensors or of the electors, are much more likely to occur than others. Michel came up with the idea of designing distributed algorithms that try to adapt to such conditions.

In SIROCCO 2001, Michel considered the condition-based approach to solving agreement problems. This work considers solutions to agreement problems, when some input combinations are known not to appear in system executions. The idea spawned a whole new and fruitful line research line, with many follow-up contributions, including contributions by Michel himself. It has been possible to identify conditions that allow to solve various distributed tasks, in various models of computation, and in those cases where a solution exist, to study the time needed to solve a task assuming a given condition on its inputs holds.

An impressive aspect of this work is that Michel has linked two seemingly unrelated area: error correcting codes and agreement protocols (IEEE Transactions on Computers 2007). In a nutshell, this captures the following insight: an input vector for the consensus problem actually encodes a value that the processes have to decode in order to decide it. An exciting side-effect of this work is a new proof of the impossibility of designing perfect codes when digit erasures are possible. Very cleverly, Michel showed that the design of such codes is equivalent to solving consensus despite asynchrony and process crashes. This is a very ingenious and perceptive work.

Michel has also used the condition-based approach to establish a strong link between impossibility results in asynchronous fault-prone systems and efficiency in synchronous systems. This is also a remarkable achievement that provides a better understanding of fundamental computability limitations in distributed computing.

It is intuitively clear that although consensus is not solvable in asynchronous distributed systems where crash failures can occur, it is actually solvable in most executions of such a system, and in some sense randomized algorithms formalize this claim. Michel’s ideas provide an orthogonal perspective, where one can quantify and characterize the structure of the inputs that allow solving consensus and other coordination tasks, establishing an essential link to the topology approach-based to fault tolerance.

Following its introduction by Michel, the innovative condition-based approach was investigated by many researchers leading to many follow-up papers, some of which appeared in forums as prestigious as Journal of the ACM, and several of which were published in SIROCCO.

Michel is one of the most prolific researchers in distributed computing. He belongs to a very small group of researchers who are leaders in establishing distributed computing as a flourishing research area. In particular, he published 13 papers in SIROCCO. In particular, in the list below, the first paper is the above mentioned SIROCCO paper on the condition-based approach [1].

Tweets by SocInfoFr
Do NOT follow this link or you will be banned from the site!